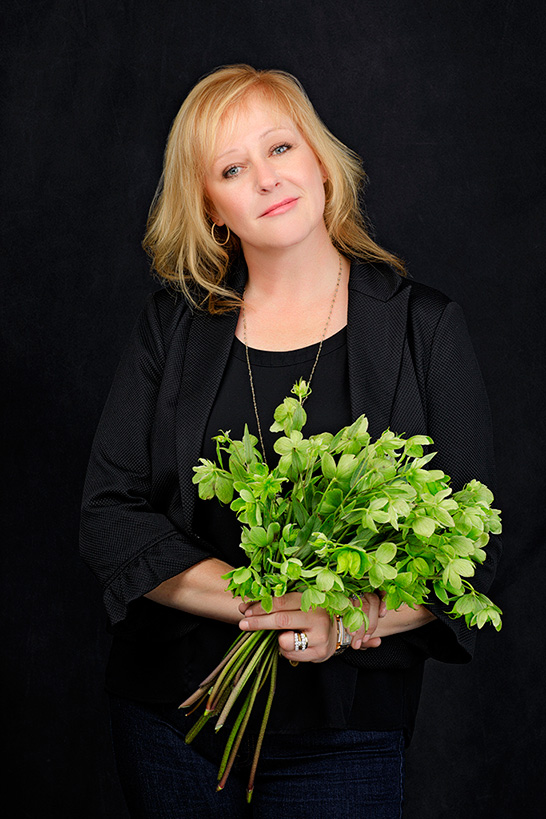 The passion for floral design started early for Oleta, with her first job at a family member’s flower shop at the age of 12. Although it was initially just for spending money, she quickly discovered her knack for arranging blooms and never stopped. Since those early days, Oleta has worked on TV and movie set designs, managed the largest design studio in LA, and earned her credentials from the American Institute of Floral Design. Based in Bakersfield, California, she has brought the LA flair to her rural hometown along with her fresh, new ideas and creations.

Her dream of inspiring clients is brought to life every day, as she meets and falls in love with every couple that she encounters. Oleta dedicates herself to learning the unique quirks of each client and embedding their guests’ partnership into every detail of the wedding experience. When Oleta is a part of an event team, the love she weaves into every aspect is palpable — guests will experience the scents, colors, textures, sounds, and tastes of each couple’s dreams.

In her spare time, you can find Oleta serving up a lob on the nearest pickleball court or snuggling her plethora of furry and feathered loved ones that she rescued with her husband. In fact, if you come by the shop, you may get to meet one of the pups!

Sean Collins, Behind the Scenes Husband

With 30 years as a firefighter, Sean was brought into the floral industry by his beloved wife, Oleta. Early on, Sean wore many hats — from washing buckets and purchasing equipment to plant maintenance and event setup.

Before long, Sean discovered that he belonged behind-the-scenes, handling the business side of things as opposed to managing events. He also brought his crafting talent to the office and has built some gorgeous custom pieces for events — if we don’t have something, Sean is the guy to make it from scratch.

When he’s not in the office, Sean is busy building old cars — currently, he’s working on a restomod 1954 Cadillac and a 1966 Ford Thunderbird. Stop by and ask him about his latest projects! 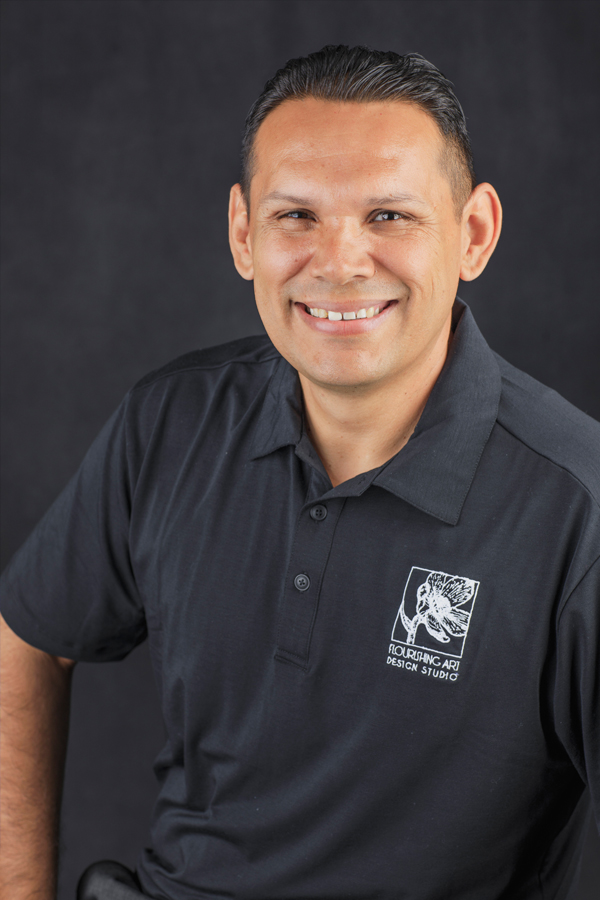 As a sophomore in high school, Candelario started out as a delivery driver in Los Angeles at the same design studio as Oleta. He enjoyed the challenge and loved that it was a job that kept him on his foot — he realized early on that a desk job was not for him, so an on-the-go position was ideal. Candelario and Oleta parted ways when she moved back to Bakersfield, but she kept in touch and consistently tried to get him to work at her new studio. After several years of back-and-forth, he decided that leaving LA for Bakersfield was the right move and joined Oleta’s team as shop manager. The rest, as they say, is history — he hasn’t looked back since.

Outside of assembling installations and double-checking orders, Candelario likes to spend his free time with a soccer ball at his feet — although, he’s first to admit that his four daughters keep him a very busy man!

With dual degrees in music and cosmetology, Daniel is a jack of all trades with an eye for detail. He started his career as a hairdresser and, in quick fashion, worked his way up the chain to become the National Technical Director of Anasazi, a professional hair treatment line where he managed a team of over 40 educators. He was also a manager of the salon and spa at Saks Fifth Avenue. After a 32-year career that took him from Houston to Chicago to the heart of Manhattan, Daniel decided to move to Bakersfield to pursue a role in the world of events.

In particular, weddings hold a special place in his heart — especially for someone who recently celebrated his own NYC-themed nuptials (complete with a Studio 54-inspired reception!). His creative approach to design helps him to visualize a couple’s dream wedding to new heights, in an effort to create a day that is memorable and impactful for both the couple and their guests.

Although he no longer lives in The Big Apple, the city still draws him in with its Broadway musicals and exquisite culinary scene (not to mention the shopping). At home, Daniel is the host with the most as he brings his event planning chops to his living room. He loves to entertain friends and family, whether it’s a small dinner party or an outdoor bash. As long as there is great food, music, and people, Daniel is in his element. 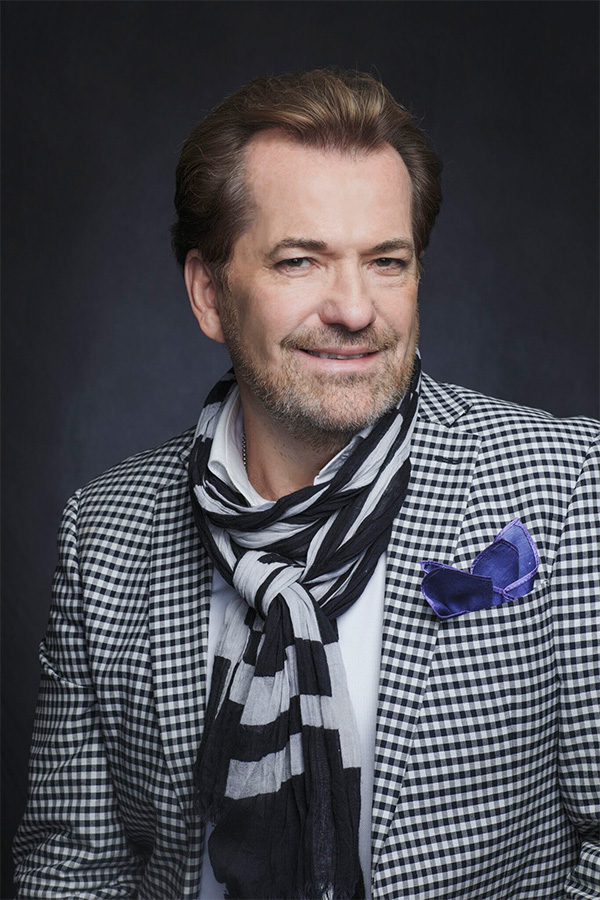 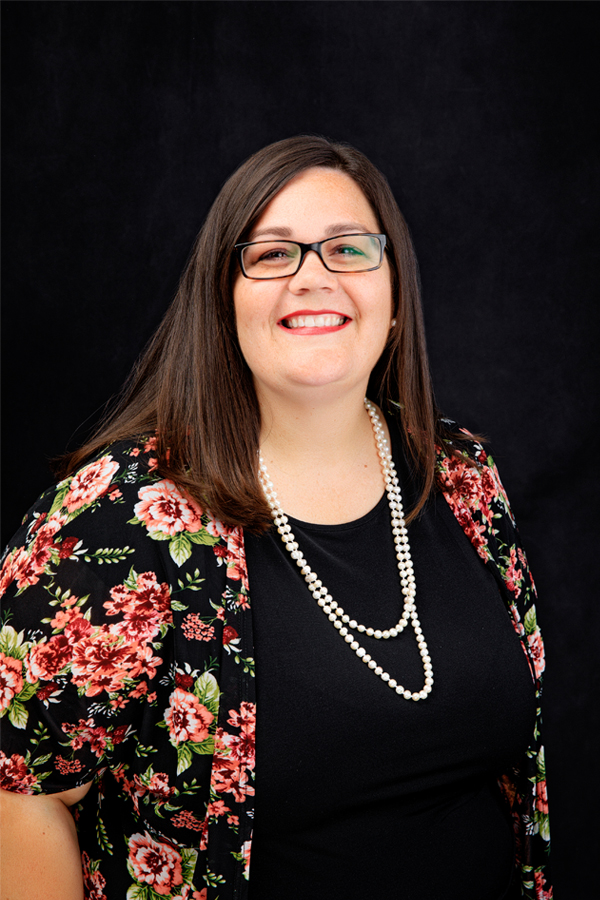 With nearly 25 years in the wedding industry, Jessica has seen it all. However, flowers weren’t always her calling — she started out in men’s formalwear before transitioning to a stationery studio that just so happened to be situated next to Flourishing Art. It wasn’t long before she became close friends with Oleta and began assisting her in coordination until she became a fully-fledged part of the Flourishing Art team. She is driven by the creative choices behind floral arrangements, and considers herself the official “groomsmen herder” — her background in menswear has given her a knack for corralling the guys at a wedding and making sure that everyone looks their best. She is a giver by nature and, in her spare time, you can often find her volunteering with various charities in an effort to bring happiness to others.